For inquiries on all things Antero please contact us below.

For mechanical issues or warranty questions as it relates to your Ford or Mercedes-Benz chassis, please use the following contact information.

(Taken from About Kyle Richardson on https://www.kylearichardson.com/about)

Kyle Richardson was a Commercial Photographer living in the Santa Barbara Area and owned a Studio and Production company that later became a small boutique Advertising Agency. He specialized in People, Products and Automobiles in the Transportation Industry, but had clients across a variety of industries and countries. Kyle has published over 2500 images in international magazines since the start of his career in 2004. Kyle was an avid Skier, Surfer, Windsurfer, Motorcycle Rider & Golfer before his T7 / T8 SCI Life rebirth. Kyle lived and traveled to over 30 countries growing up as a military brat and continued traveling as his career took him to other countries to photograph cars, motorcycles and planes before being injured and becoming wheelchair bound. Kyle suffered sudden hearing loss and the debilitative consequences from the exposure and impact of water-borne bacteria while surfing in Ventura, CA. The bacteria and an adverse reaction to medication caused loss of core strength, SCI damage, organ functions and respiratory problems.

After years of treatments and being bed-ridden Kyle's slow recovery included regaining weight which had decreased to less than a 100 lbs. Several surgeries and implants later including a cervical and spinal stimulator, Kyle made his way back to the water after re-learning to swim and perform daily functions. Four years later, Kyle is back to surfing along with a variety of water sports while creating media for various clients and sponsors." (Kyle Richardson, 2020) 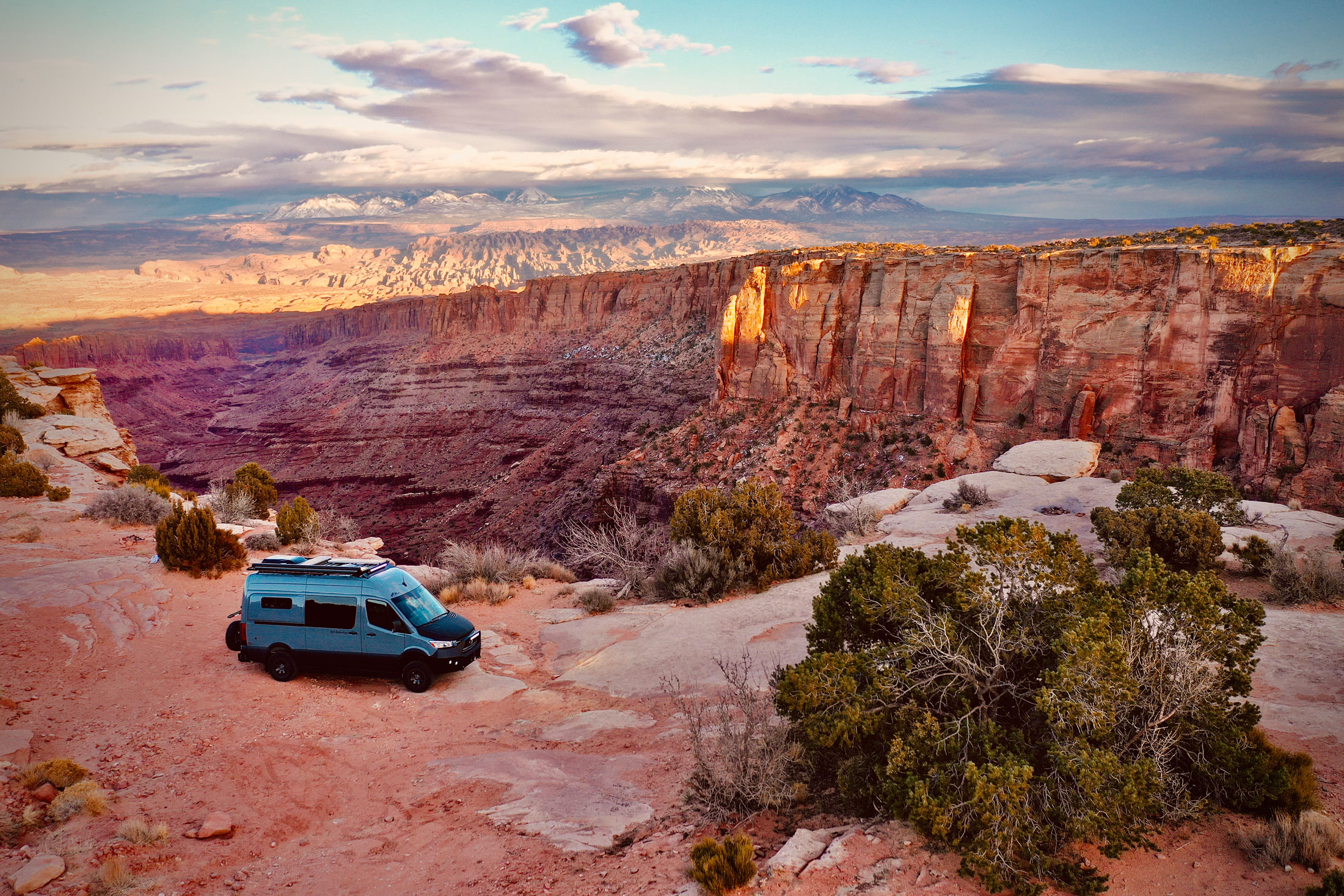 Kyle Richardson is an avid adventurer who certainly has not allowed his wheelchair to dictate where he can and cannot go when inspiration strikes. His previous van adventures were brought by a 2001 Eurovan, but after "nursing" it along for a few years as Kyle says, it was time for a van that would allow him to expand his boundaries the way he dreamed of. After researching what the market had to offer, he landed on Summit Adventure Vans. Coming in with a laundry list of ideas, our crew put their heads together to see how they could make as much of it happen as possible. The list included items such as a chair lift arm, hot water, extra bag storage, L tracks, sliding bumper drawer, and exterior storage. Seeing that Summit Adventure Vans already come equipped with L-track, that one was a no-brainer. The rest was just a matter of trial and error. 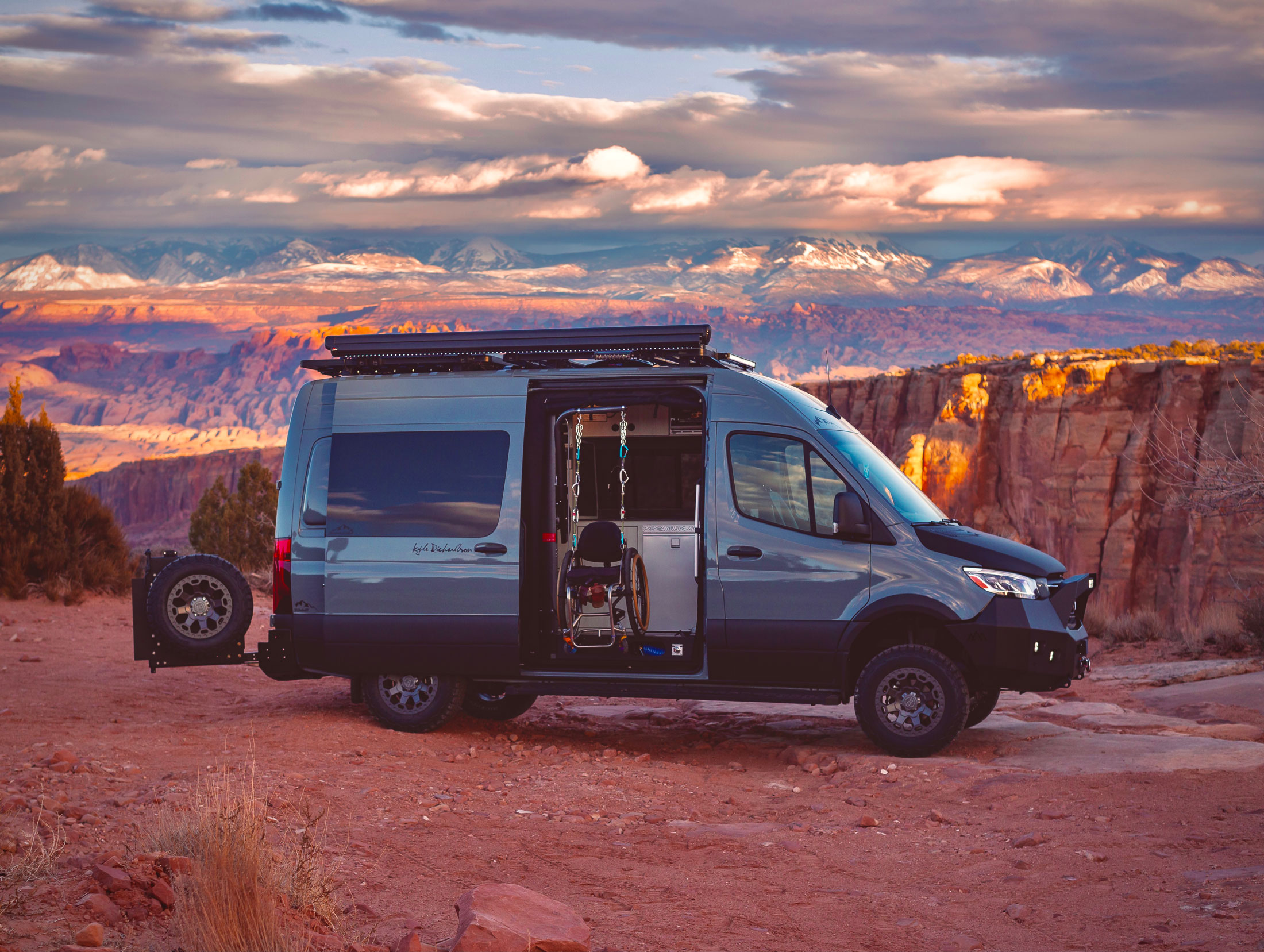 Handicaps Inc. supplied the Super Arm, an apparatus that essentially lifts the chair from the arms, bringing the chair up and into the vehicle as opposed to a ramp. Ramps can pose difficult to use if the ground is rocky or uneven, which would be the case in many of the scenarios that Kyle would likely find himself in. The compact design doesn't take up much of the highly valuable space within the van, which was why it seemed suitable from Kyle's perspective after watching his buddy use one which was installed in his own adventure van.

Typical Summit Adventure Vans are equipped with a rear exterior shower hose that simply pulls from the fresh tank, whatever temperature the water in it may be. Being a resident of the PNW, Kyle needed hot water to get his body temperature back up after long days surfing in icy waters. Thanks to AquaHot, we were able to install one of their compact instant-hot water heaters to solve this issue.

Our in-house engineers were able to fabricate a few extra custom assets to make this van even more accessible and convenient including a gear slider for the back under the bed/table making loading and unloading the vehicle easier. We added a custom table top and step filler for extra room with T track and Ram handles for increased maneuverability. Finally, Sure Grip hand controls were added for foot-less driving ability. 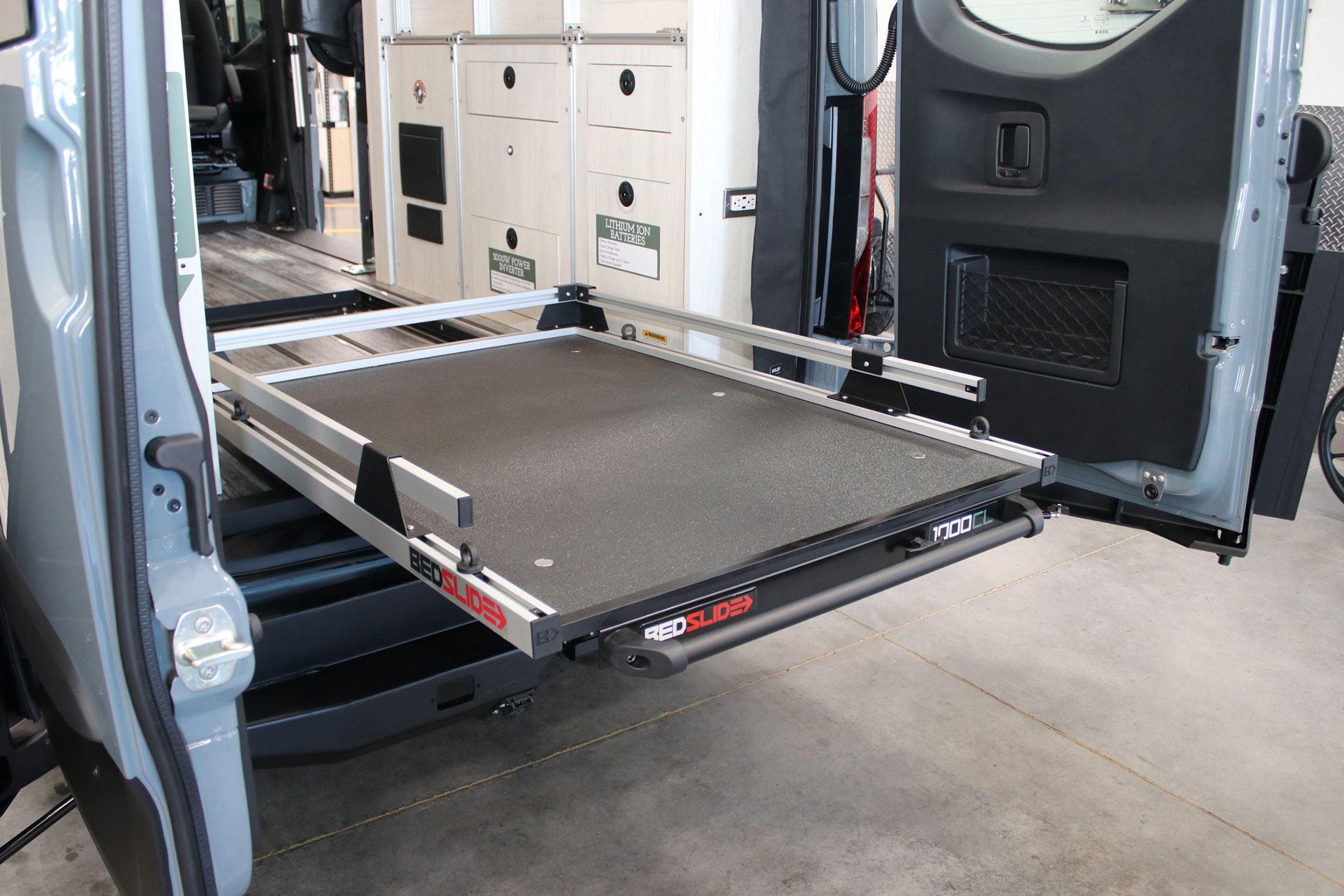 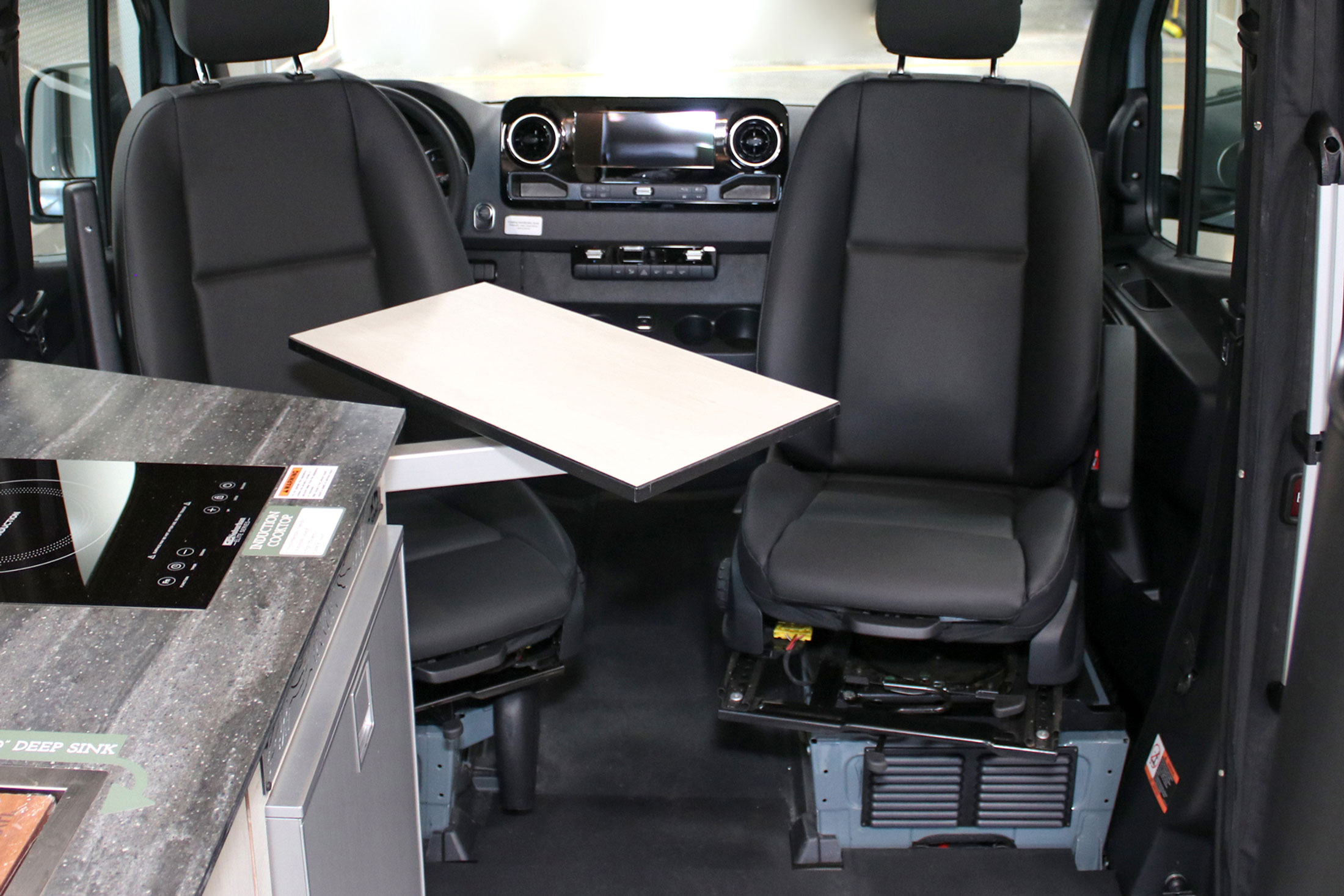 Our team was excited to use this rare custom project as an opportunity to learn more about the needs of those that use wheelchairs but still desire a capable vehicle like a Summit Adventure Van.  We were not only inspired by Kyle, but further committed to developing a van model that helps more adaptive athletes, to quote Kyle "convert dreams into Adventures.”